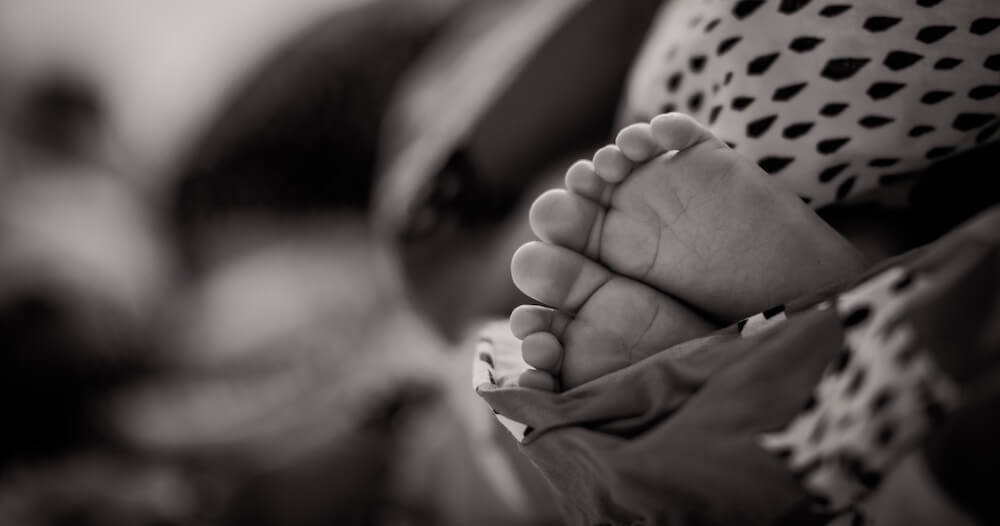 When I was ten years old, I experienced the miracle of childbirth.

I was there when my sister was born – not in our living room at home, or in the back of the taxi, but in the hospital room with my parents and the labor coach and the obstetrician. As you might imagine, this experience has proven to be a pivotal one in my development as a daughter, a sister, and most importantly, a woman.

To be honest, I don’t remember much of the actual gestation period. My father quietly and subtly warned me of the physical and emotional changes that often come during pregnancy so I was prepared for my mother’s bizarre food cravings and mood swings and more frequent trips to the bathroom. But what I remember most profoundly of the period in which my mother carried my sister was her loss of spatial awareness; she was constantly running into things. She would open the kitchen cupboard to prepare a bowl of cereal and BLAM! – smack herself in the forehead with the cabinet door. It was peculiar but awfully entertaining, in much the same way that children enjoy watching little Jerry repeatedly smack Tom with an iron skillet.

I can, however, vividly recall the twelve-hour period between when my mother’s water broke in the church parking lot and the actual arrival of my sister out of the tunnel of life and into this world as a semi-autonomous creature. Perhaps I remember this so clearly because I was taking pictures all the while. We still have a big stack of three-by-five photographs, some of which capture the more tedious moments in the process, like the doctor watching “The Simpsons” while waiting for her to dilate and my father slumped against the wall in exhaustion at 2 a.m.

But I also took dozens of snapshots of my mother crouched in animalistic fighting positions, jaw and fists clenched like a boxer ready to spar. Although I couldn’t articulate this at the time, and needed nearly thirty years to fully realize, I realized then that motherhood is primarily about fighting: fighting anxiety and self-doubt, fighting the forces of nature (human and otherwise) that attempt to harm your child. Childbirth is a bizarre and ironic struggle between the overwhelming desire to expel this little creature that has ravaged your body for nine months, yet the physical resistance mounted by your own body (and often the child’s) to remain permanently ensconced in safety. We like to think of motherhood as softness and nurturing, but motherhood is also raw and pugilistic.

Not surprisingly, during my sister’s birth I also took dozens of photos of my mother’s most private parts. As an adult I marvel at the way in which my mother was willing to expose herself, literally and figuratively. She let me see the most intimate parts of herself. She knew that childbirth is risky business – there are a lot of curveballs that the baby can throw you as it makes its way out – yet she wasn’t afraid to make herself vulnerable.

When my sister finally came out of the womb she was quite unprepossessing, as most newborns are. She was purple and swollen and covered in ricotta cheese and Vaseline (the medically appropriate term is “vernix”) but my mother said, “Oh, isn’t she beautiful!” and immediately burst into tears of joy. I took another look at the screaming red raisin that was little Joelle and thought, “Am I missing something here?” This was my first experience at mom-goggles, that powerful phenomenon in which mothers see things that others – even fathers – don’t.

As a teacher, I often encounter mom-goggles, and when I’m in the middle of a contentious parent-teacher conference, I try to remember that incredibly subjective understanding of her own child that shapes a mother’s worldview. As a big sister, I also try to remember the way that my mother sees Joelle. There is no one in this world who can make me laugh harder or cry more bitterly than my sister, and when I am overcome with fury at her I try to remember to look at that screaming red raisin as my mother does. I also try to remember, when I am overwhelmed by neurotic self-deprecation, that my mother has mom-goggles for me, too! She doesn’t see a screaming red raisin. She doesn’t see an awkward and overweight weirdo, but a creature of beauty and all-encompassing delight.

Experiencing the miracle of childbirth on that blustery day in March 1990 connected me with my then-nascent womanhood and taught me to be proud of what women’s bodies can do. This experience taught me to respect women’s bodies and their mystical powers, and to fight for the political sovereignty of women to control their own bodies – not only in situations of pregnancy and childbearing but in all aspects of our lives. I’d like to believe that on that day in March 1990, a feminist was born.

Rebeka Fergusson-Lutz is a full-time professional high school English teacher and part-time semi-professional creative person. Her primary breadwinning comes from teaching English language and literature at the high school and college levels: over the past 17 years she has taught in Romania; Washington, D.C.; Qatar; Oman; Honduras; and China. When she is not writing lesson plans and grading papers, however, she works as a freelance writer, editor, and researcher. When she's not chained to her laptop with those side-hustles, she experiments with drawing, painting, sewing, printmaking, collage, and various combinations thereof.