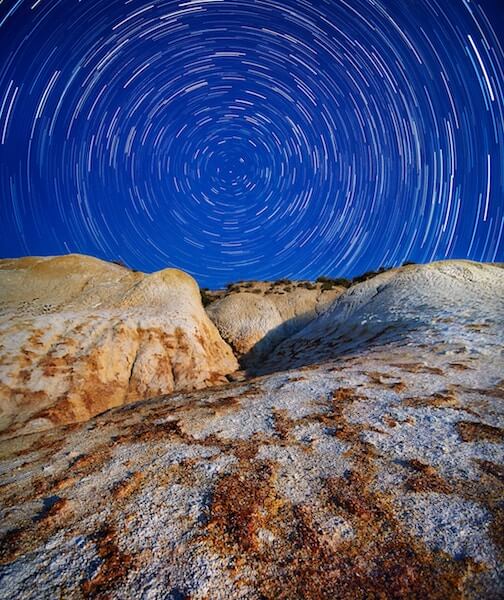 Narrator: let me show ‘em the method [this facility to write]

through allegory going under words and thunder.

You cannot close and/or turn the page

Black Jaguar: bleed thoughts so you might have what you cherish.

Night Owl: so when revert to the archive.

Narrator: begins the dialogue you see the Image [froze outright]

Black Jaguar: see this weight on the left shoulder

When your twin passed on this fore night

by the weight of merit.

Night Owl: so you might recognize the force of words effervescent.

Night Owl: so these turquoise mosaics in the blood to freeze

It’s simplistic: as I can see at night.

You can’t be seen at day break

Black Jaguar: the painter begins with a point and an Image.

Night Owl: see the hologram you have with you

Narrator: the time has arrived together the teaching.

There came an anomaly to our lands to profess

you have no god you do because you know not!

Night Owl: it was put to continue the elders reminisce

see your stealth of the feline was an attribute and a warrior priesthood.

Black Jaguar: spelled in the façade of all the Temples.

Night Owl: back when prophecy was alive and delve into the first rite

you knew what tribute means.

Narrator: we all had even when suffer [the loss of the essence].

Through the death of the shaman or healer(s)

Night Owl: I see all and thus have the capacity to inscribe through time.

Black Jaguar: your first fight’ to gather strength in the mother womb then forthwith,

the forces gathered on that date.

Night Owl: the Long Count & sacred calendar read you will live in the shadows &

center and the circumference everywhere.

Narrator: so when a jaguar goes to the underworld they just lie on the earth.

Then trek back to the ethereal realm as you see they’re pelt in the sky.

Night Owl: when the forest freezes and you hear their roar last.

Black Jaguar: you can feel the pulse of the heart

when the river crashes with the oceans waves/shores.

Night Owl: we’re not that far off. Can you see the juggernaut?

If you change a word of the above written [losses presence]

Narrator: too cast this lot is a solitary confinement.

Night Owl: you see I just rest or fly to anywhere

the jagged edges in the cliffs and/or abandoned caverns.

I just melt with the surrounded threads.

Narrator: a night owl can see keen and sharp

you can likewise discern [as these words here reference]

Black Jaguar: to elemental harmony can be reached here the prerequisite.

Plants are the only ones that can keep.

Night Owl: you’re alive [so too they’re dimensions of sight]

Black Jaguar: let me take you to a place where time has not elapsed.

Narrator: you’re in the underground corridors in Tonina

the shades turn from canopy to stones monolith periphery.

Black Jaguar: I speak eloquence both as narrator and protagonist.

Night Owl: so here there no pupils,

we both have what was fated.

Night Owl: yet to outlast the archive you must first pass the first portal of light.

though everything reaches the farthest recesses.

Narrator: as the here said is being written [on another dimensions a fight]

Black Jaguar: when you bleed on the right forearm you suffer no loss.

You can still write.

Night Owl: not this short change of words but rather the term relatives

and it’s true meaning has been lost.

Narrator: but these akashic archive slowly bringing back what most can’t.

Since you can’t draw –will speak.

How do you measure the heart or soul[froze in stone]

Cold could freeze the frame in the mountain side.

When the hourglass turns fore the sun storms.

As you breathe this neither our own

an amiable gesture could hold and make you bold.

The ash bearer to hold the strength

no food or water in the full moon

to sharper and keen the view.

Slowly jot down the metamorphosis or fission.

All that’s carried over on the quest.

So the elders put them up on the mountain.

For four days and four nights with no sustenance.

return to the entrenched

worldview of the dollar or feud

The heart can also turn to stone and/or breathe repose.

The elders wrote in the Hopi prophecy

There would come a time where people would walk

with a blank stare and a heavy heart to cast.

Weighted down by opulence and/or lack green backs.

In the eyes there’s still a faint glow

and in the complexion tone of brawn.

When the Sun descends to the underworld

of dark shades and stars to look after.

Ceremony on what’s written on the sand or chalk:

On the Manzanita Band of the Kumeyaay Indian Reservation

We still pray to the old gods

changing of the guard:

deity in that solemn face of the ancestors.

Help me through [the moon light]

We still pray in Quechua, Aymara,

Affinity –see the shoulder width of those keloids

scars on the backs of African slaves [marks the above fight]

as when dawn breaks past the meridian.

At night many are afraid of the dark

view the Cenote of Chichen Itza [a real sight]

So from the sky the Constellations read:

on and thus may we grow strong?

So that’s the hand that’s been dealt.

the fire, the earth, the water, the air

and the four hundred and five elements and spirits.

With the embers afire [in the eyes sight]

So that I’m all the ethnicities rolled up into one?

One breath –at the end of the Inipi it’s said:

one heart, one mind

and the wind sweeping these words.

Cast in stone and the blood froze

inside the veins hold the seed?

Of the generations in the know

we hold this to be [constant fight]

Jose Trejo Maya was born in Celaya, Guanajuato, Mexico, where he spent his childhood in the small neighboring rural pueblo of Tarimoro and where from he immigrated in 1988. His inspirations include Nezahualcoyotl, Humberto Ak’abal, Ray A. Young Bear, Antonio Mendiz Bolio and James Welch. He has been published in various literary journals in the US, in the UK, in India, in Spain, in Australia and in Argentina. Nominated for the Pushcart Prize in 2015. Received 3rd Prize for three poems from El Centro Canario Estudios Caribeños – El Atlántico – en el Certamen Internacional de Poesía “La calle que tu me das” 2016 y una Mención de Honor en el 58vo Concurso Internacional de Poesía y Narrativa “Fusionando Palabras 2017”. While in ceremony with Chololo medicine men in the Tule River Reservation he dreamt the above written prophecy…