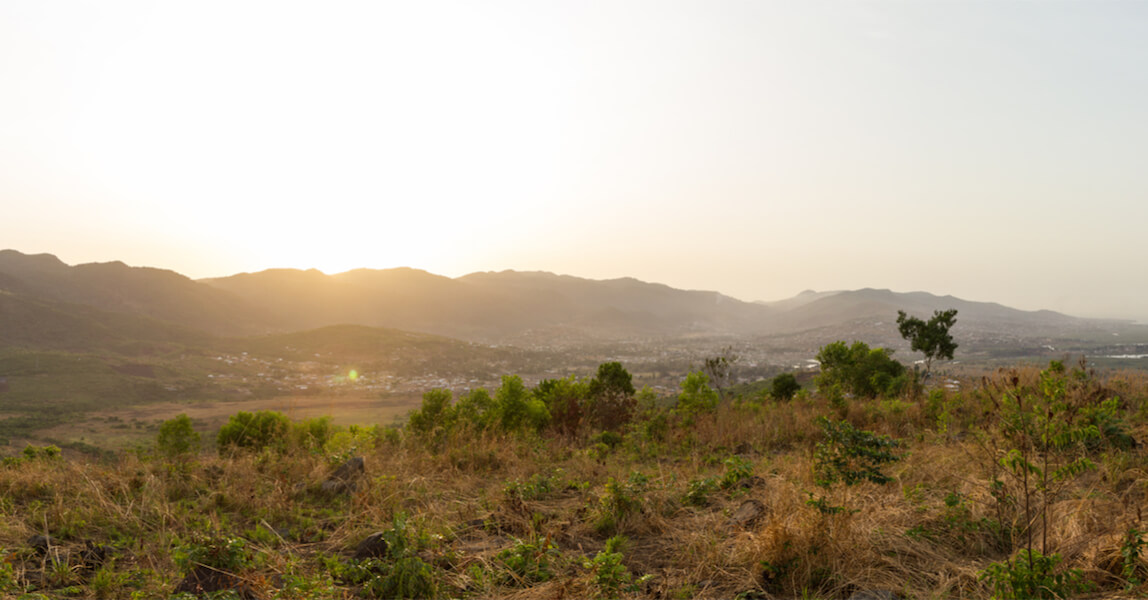 Root That Mountain Down takes place in West Africa, set during the period just after the end of the civil war in Sierra Leone. Felix Laszlo’s father, a doctor working with Medecins Sans Frontieres in Freetown, has been murdered by Revolutionary United Front thugs. Felix goes to Sierra Leone to retrieve his father’s body. In doing so, he comes to realize he knows less about his father than he thought. Compelled to try and truly understand the man, Felix returns to West Africa to learn about Sierra Leone, the civil war, and the trade in illicit “blood diamonds.” But with Issa Manzo, a Nigerien renegade soldier, as his guide, Felix soon discovers that this investigation carries with it dark secrets and is far more than he bargained for.

In the capital, Freetown, hundreds of miles away, the rebels walk together like an army. They don’t slide on their bellies like their jungle brethren, out in the Kono hinterlands cutting off limbs. They don’t hide behind trees. Or behind broken cars, their windshields shattered, wipers dead and useless across the dashboards.
Those who have guns carry them with both hands, palms on the underside of the faux wood, near the banana curve of the clip. The others, most of them, have machetes.
The people are moving away, shielding children, not looking the rebel men in the eyes. Moving away quickly, but not running. Panic, they reason, will only inflame the rebel men, like wild beasts that attack only after they see a person turn and run.
The men continue their march through the streets of Freetown, past Siaka Stevens Stadium, taking the Main Motor Road toward Aberdeen Bridge, then march north toward White Man’s Bay, crisscrossing a series of filthy streams, fetid ravines, sprawling shanties.
They reach the entrance to the Amputees Camp. A satellite dish. A lone palm tree, its fronds stilled in the motionless blister of mid-afternoon. The white and blue sign, “Vulnerable Group Feeding Programme.” Under the sign, propped against the left pole, a discarded prosthetic leg. Like a cobbler’s model, a wooden substitute for a foot.
Inside the camp, a man on crutches makes his way over a big rutted gash full of dirty water in front of tents covered in plastic sheeting spread out in haphazard rows, each the same dreary off-white interrupted by thin horizontal blue lines. Figures line the dirt pathways. If they have hands, they wave halfheartedly at flies. A group of children, all missing one body part or another—hand, leg, nose, lips—playing a game with stones, throwing or pushing or blowing them into a circle drawn in the dirt.
Inside the tents: A woman bathing a boy in a plastic tub, his right arm gone to the shoulder. A nurse holding the hook of an artificial arm while the owner tries to write with a pencil, but dropping it instead onto the page. He shakes his head when he drops the pencil; hopeless, his head shake says. A girl, a double amputee, on a bed asleep, the ends of her stumps looking like they’ve been pulled with drawstrings. A teenage boy, the sunlight glistening off his stumps tied off like sausage ends. A man in front of a mirror, moving his one remaining arm up and down, back and forth, a plastic limb sitting behind the glass.
A boy in a tattered white shirt is the first to see the rebels. Frays of white thread from the end of his cut-off jeans hang limp in the air above where his right leg used to be. He’s been left with only one finger on each of his hands, a perpetual pointing over the rubber handles of his crutches. He just stares at the men with machetes; he has little left to lose.
Some of the nurses see. They run. But one nurse confronts the men. A man with a machete intercepts her and thrusts his machete into her stomach. He pulls up and then down, a jagged line like the lion’s mane of hills outside the city that gives this country its name. When he pulls out his machete, her bowels spill to the ground.
Now everyone runs.
But Francis Laszlo, the white man in Tent No.3, does not run. He does not know what’s happening outside the pinstriped sheets of nylon that make up the walls of his new home. But he will know soon. It will be the last thing he will know.

Evan Balkan is the author of six books of nonfiction as well as many essays and short stories in an array of publications. His novel Spitfire is forthcoming from Amphorae Publishing. His screenplay Spitfire, adapted from his novel of the same name, won both the 2016 Baltimore Screenwriters Competition and a Saul Zaentz Innovation Fund Fellowship; his screenplay Children of Disobedience won the 2017 Baltimore Screenwriting Competition. He is a co-writer for the television series, Wayward Girls. He coordinates the English Department at the Community College of Baltimore County, where he runs the creative writing program, and is an adjunct faculty member in the Johns Hopkins University's graduate Teaching Writing program. He holds degrees from Towson, George Mason, and Johns Hopkins universities. He has served as a guest lecturer at Yale, Johns Hopkins, Bryn Mawr and many other institutions.