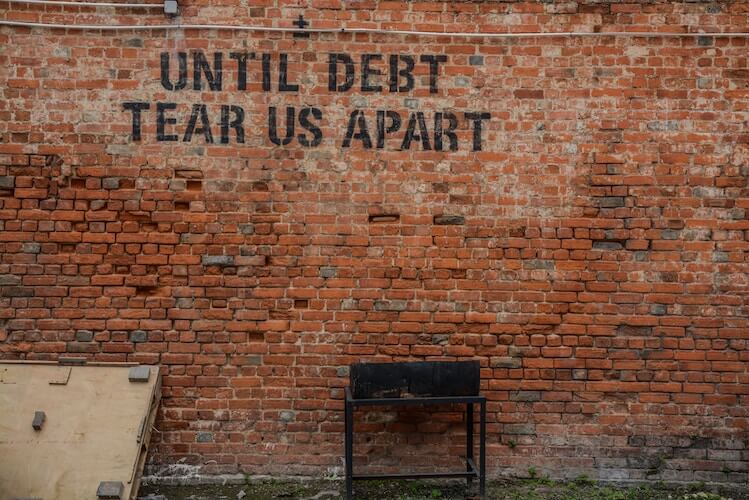 During a previous artistic project of mine, I explored various one-person endeavours into positive change through dialogue against the backdrop of worldwide geopolitical issues. We would engage in a range of topics—from gender equality to environmental awareness—all with a focus on “the small-scale” and with forward-looking attitude. But afterwards, I was left thinking ideas/opinions on economics or finances were left unspoken. I came to see economics as the root cause of a variety of problems in our current world (view) and structure of society/ies. Living in a capitalist society, much of the acting and thinking is based on a system of greed, egocentrism and competitionism. In other words, we engage in a lifestyle based on a self-improvement in material and financial means and not in spiritual means. If we are to overhaul this system, it needs to start at the way we engage with economics, starting with the relationship between the Seller, the Buyer and the Producer. Because it is economy that shapes society and society that shapes economy.

Poetry is an act of creating (ποίησις, poiesis) that I came to see as the very answer to my current thought processes. Much more than within, say, my performative or sculptural works, the occurrence of reading poetry is often one-on-one. It allows for a certain slowness and timelessness which isn’t so much present within other mediums. These thoughts were strengthened by what Franco “Bifo” Berardi writes on finance and poetry in his book The Uprising: On Poetry and Finance (2012). Although I find his vision quite bleak and think poetry has much more potential than he acknowledges, I agree on his attributing power to the poetic (symbolic) within a semiocapitalistic and automative system. His notion of semiocapitalism is basically another word for postfordist conditions: wherein finances became much more speculative (hence semio- from semiotics, e.g. the Financial Crisis of 2012) and language has become automated (through the internet and the robotization of both the labour market and society in general).

Anne Carson also gives a beautiful outlay of poetry’s potential in her book Economy of the Unlost (1999). As a historian specialized in Ancient Greek literature, she makes connections between the Ancient Greek gift economy and how poetry was first commodified (through Simonides of Keos). And in between, going into Marx’s remarks on bank notes and coins, Carson writes money itself is one of the greatest poetic agencies.

The title of this project maybe needs some more explaining in regards to intimacy. I would like us to rethink the word by rereading its etymology. The Latin verb intimare suggests a certain vulnerability between two subjects, making known (in private), announcing something (a friendship, a love perhaps?) or impressing (by means of a gift or kind gesture), one draws another one closer to oneself. It is this very vulnerability that I see as key point in understanding what intimacy really entails. Especially when thinking of intimacy and economics, I see intimacy as the act of friendliness, connectedness, closeness and selflessness. Viviana A. Zelizer writes in the prologue of her book The Purchase of Intimacy how some people find it difficult to rhyme the two: “You will find the coexistence of economy and intimacy hard to understand if you think that economic self-interest determines all social relations, if you imagine that the world splits sharply into separate spheres of rationality and sentiment, or if you suppose that intimacy is a delicate plant that can only survive in a thick-windowed greenhouse.”

She negates a darker thinking of economics with, what I would call, a ‘warmer’ view on trade relationships (one-on-one or as part of larger systems). Intimacy is less about the self, more about the other. In this understanding it is a tool of overcoming differences and finding common ground in a private space which is the space of intimacy (friendship, love, family, communality). Lauren Berlant writes about this negation of the differences as such: “Intimacy builds worlds; it creates spaces and usurps places meant for other kinds of relation.” I read this as retracting into that private space—either a physical or a mental space—beyond differences, but into a common ground of similarities. This private space is hence more of a symbolic space than it is a space beyond the public.

Having laid out my ideas on intimacy, we can go back to the project. The writing of poems on economic exchanges, between Sellers, Buyers and Producers, allows for a certain personalization of the economical. The postfordist era is a time wherein exchange, income, wage, debt (and what more) have become increasingly intangible. The poems first of all bring ‘down’ the sacredness of the subject to an interhuman perspective. This is not precisely a romanticizing, but rather a ground to start from and subsequently expand from.

Eric Peter (b. 1989) is an artist living and working between The Hague, The Netherlands and Davao City, The Philippines. Having developed a performance-based practice, projects can entail installations, discussions, gatherings, workshops, performances, drawings, text or video works. In his semi-anthropological and associative excursions, socio-political subjects are being explored to question the normative in history making as well as cultural and social norms. The context of other voices, beliefs, processes or narratives within his deeply personal works, gives way to alternative interpretations of reality. A reality which exists beyond the pattern of expectations, biases and stigmas made evident through investigative and often collaborative projects. He holds a BFA in Interdisciplinary Attitudes from the Royal Academy of Art in The Hague and currently pursues an MFA in Art Praxis at the Dutch Art Institute (DAI). Recent presentations include: ‘First Karachi Biennale’, Karachi, Pakistan, group (2017); 'Prospects & Concepts', Art Rotterdam, Rotterdam, The Netherlands, group (2017); 'Ondertussen', Stroom, The Hague, The Netherlands, solo (2016); 'Everybody's Perfect', Spoutnik, Geneva, Switzerland, group (2016); 'Conversation Piece', 1646, The Hague, The Netherlands, duo (2016); 'Shifting Spaces', W139, Amsterdam, The Netherlands, group (2016); 'Conversations on the Near Future', 98B, Manila, The Philippines, solo (2015); 'Between Thinking, Seeing, Saying and Nothing', IVS Gallery, Karachi, Pakistan, group (2015)