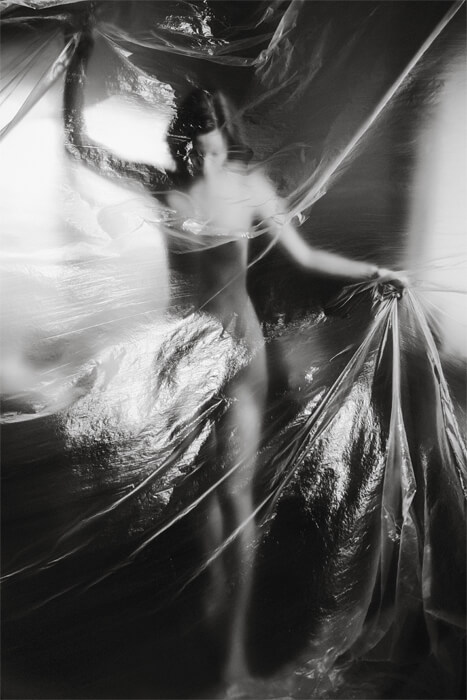 I stand in the middle of the bedroom and watch her slip into the darkened hallway, then around the corner and head for the back of the house to report to the big young hunk—her just moved-in lover. I’m blinded by the starkness of the white walls painted only months earlier in this newly remodeled house. The space around me shrinks and I feel trapped…. Again. I’m thirty years old and I have to make money now because I have to pay rent now. My childhood friend asked me to come live here; she told me I could live in this spare bedroom for as long as I needed, and I need to live here. I can’t go home, even though my parents would take me back because they witnessed the trauma I experienced. They know I’m barely keeping it together. I can’t go back to the Marina and live with that middle-aged abusive cheap boyfriend. I can’t go back to Imperial Beach, undo the divorce, the betrayal, the paranoia, the guns and NARCs, the murders and constant stealing from each other. I can’t go back to that place before I was married. That part of my life is dead and buried, and covered with too much shame and grief.

I glimpse my body’s form reflected in the mirror of the closet’s door: a body that loves to execute grand battements and beautiful adagios. A body that loves to crawl and leap, twist and turn, creating new dances. A body thin and strong, muscular and agile. A body scarred and carrying the weight of a barren womb … carrying the burden … a memory of a once loved fetus.

I hear them talking louder. The big young hunk wants me to hear. He wants me to know that I’m on the way out while he’s on the way in. There’s not much time, I sense, until the Filipino businessman who owns this house in exchange for all the fucks and blowjobs he can buy from my childhood friend discovers the big young hunk hiding in the shower some afternoon. Maybe I can slide by until their little scheme blows up. I face the mirror. “What skills did I learn … no really … you have to ask this question,” I say to the reflection. “You have to ask this question because your back is against the wall and you have nowhere to turn and so…. How will all the times I ditched danger, avoided the NARC’s trap, the smuggler’s snare, how will all the times I avoided falling into the schemes and betrayals of local drug dealers and other smugglers, how will the expert planning and organizing of the dozens of smuggling operations we successfully pulled off, how will all the breakfasts and afternoon teas I prepared and served to our out-of-state clients, how will the prowess of counting and sorting piles of cash into neatly rubber-banded stacks of money—” I stop. Look away. “Stop torturing yourself,” I murmur. But those ghosts aren’t even the real issue. What I’m facing goes deeper and darker. It’s the IUD perforation and looking Death in the face and my husband abandoning me when I needed him most and the continual smuggling of marijuana across the Mexican border and the failed smuggling operation of Colombian cocaine, and the even more disastrous attempt of smuggling Bolivian cocaine that beat me down. This tearing my soul into shreds. But I can’t go there. If I do, then I will fall onto this pale grey carpet. The silence within grows louder with each fragmented thought. I have to get out. Go somewhere. … I step to the rocking chair and … rock, rock … rock, rock … trying to calm the panic rising … rising….

I’m standing next to the barre that runs along a wall of the studio, waiting for my cue. I’m in rehearsals for an upcoming modern dance concert at Santa Monica City College but all I can think about is money. The money I lost. The money I need. I lean over and whisper to my dance partner, a short, flat-chested, wide-hipped, sweet-as-you-can-be young woman, “Hey, Roberta, I need a job. What do you do for money?”

“I’m a topless dancer,” she whispers back.

I double take and ask, “How much do you make?”

“Really? That’d be nice of you. Where is—” I begin but before I can finish the question, we hear and see our cue, and port de bras and pirouette into the dance.

It’s Tuesday afternoon, and I’m standing inches away from the back wall in the cramped and dingy dressing room at the Kit Kat Club on Hollywood Boulevard, scared shitless. I’m wearing a red jersey dress my mother bought for me, vintage turquoise rhinestone earrings and necklace borrowed from my childhood friend’s mother, and a pair of 1944 black patent leather heels borrowed from my childhood friend. Two feet away, five strippers talk loudly about what song I should play. I have no idea what they’re talking about, and I’m too scared to be bothered by their domineering attitudes and jostling in this tiny space. A skinny teenager with lilies curling around a cross tattooed on the nape of her neck and a stripper with breasts bursting from her red sequined bra hover over the jukebox crammed in a corner peer at the list of songs. Two instruct me how to operate the jukebox. Punch the buttons of the songs you want to play for your set, and then wait. No coins to drop in the slot. Free music at your fingertips. They think I’m computing these instructions, storing them away for when I dance the next time. But I cannot think that far. I try to calm my sweating palms, weak knees, tightly fisted ball of a stomach—you know, the kind of feeling when you’re about to fall into the unknown and can’t stop because you’ve lost all control and you know deep down inside that your life is about to change forever, and probably not for the better.

After hovering and debating over the jukebox, the women unanimously pick “Start Me Up” by the Rolling Stones for my first song. Good beat. Not too fast, not too slow. It’s new and the customers like it, they say. The tattoo girl punches the buttons for “Start Me Up.” The hot mama asks, “What do you want to play for your second song?” I stare back at her. She sees that this is way over my head and decides what the second song will be. The tattoo girl punches the buttons. I can’t remember what that second song was. Something slow, something sexy, something to transport the men watching to pleasurable places. But I swear to god, every time I hear “Start Me Up” I’m back there … backstage in the middle of the day, the noise and smoke and perfumes and deodorants, and faint pussy smells of the two or three naked women hanging around drinking and smoking, and the crusty G-strings stuffed into suitcases, and a world rises up and I remember—every fucking time since 1981. Do you know how many times “Start Me Up” has played over the airwaves or in strip clubs since then?

It’s my turn. The stripper who just finished her set steps down the two stairs from the stage into the cramped dressing room. She holds dollar bills in one hand and a boa in the other. Weaving through the cramped space—oblivious to sweat dripping everywhere—she crosses to her space, and opens her suitcase. She drops her money and watches it float onto bikinis and metallic G-strings and silver boots and a leather whip.

The strippers encourage me: You can do it. Just smile and strut around. What’s the big deal? You think they haven’t seen tits before? They laugh. I don’t. I don’t think there’s one thing funny about any of this. I want to run, but I don’t have a dollar to my name, and I cannot, I will not ask my mother and father for any more money even though my mother would give me whatever I need. I swallow. There’s no moisture left inside my mouth. I focus on the women competing for my attention, pushing each other to the side, vying and jockeying a dominant position. What the fuck am I doing in this claustrophobic room with these strangers? How did I get here? The jukebox changes records … maybe the records will get stuck, but the first beat of rock and roll filters backstage and I hear Mick Jagger’s voice belting about starting up.

Leilani Squire is home when she is swimming in the waters of the island of her birth, O`ahu. She is a writer, published poet and author, teacher and CCA Certified Creativity Coach, and facilitates creative writing workshops for veterans and military families. She produces Returning Soldiers Speak, an annual event where active duty and veterans tell their stories through prose and poetry to the community. She is a practicing Buddhist, and also loves traditional sweat lodges. Every morning when Leilani goes to her desk she hopes that as she writes her truth, her words and stories will somehow move society toward balance and the world toward peace.