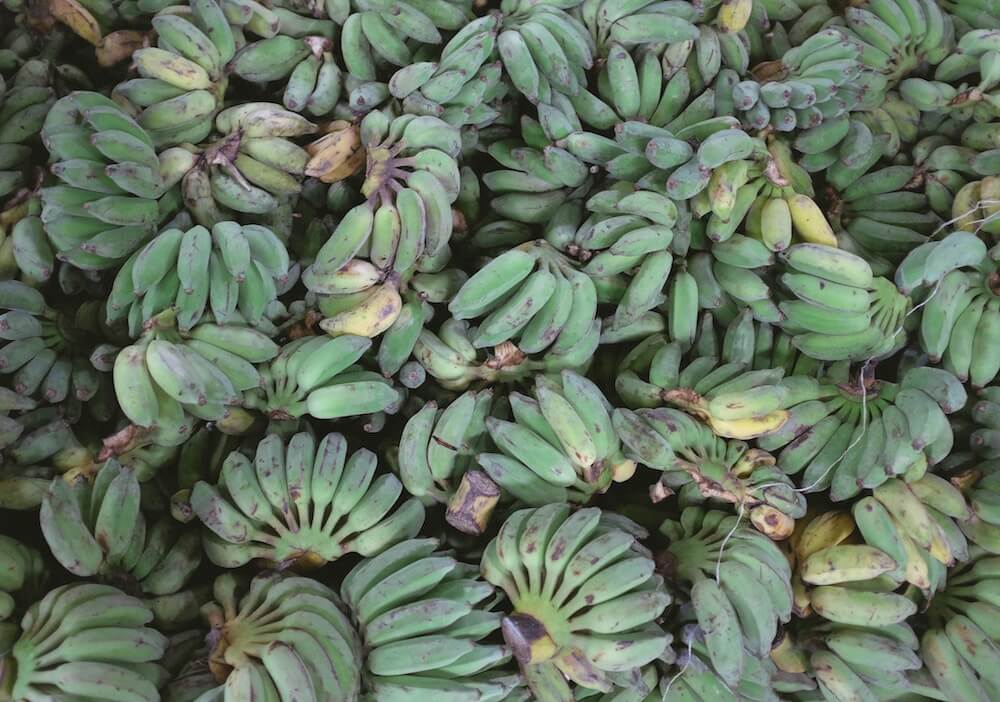 When you are a fifty-something man in contemporary Bangladesh, how do you seek fulfillment when the woman you married no longer interests you, when the country shows little resemblance to the dreams you fought for in your youth, and when your ambition to be a writer has been blocked by the demands of making an ordinary living?

If you are Zafar Ahmed Russell, former freedom fighter and one-time story-writer, now working as an accounts manager in an industrial firm, you seize an unexpected opportunity to feed your writerly vanity. You agree to write copy for the Mongoose, a special police force, whitewashing extra-judicial assassinations.

In my novel The Fiction Factory, Zafar Ahmed Russell makes that choice even though it threatens to kill his marriage and destroy his daughter’s love. While Russell’s dilemma is at the center of the novel, there is a second, intersecting story line: his daughter Kajol’s quest to rescue an old lover, Rumi, who was once the hope of many but is now on a Mongoose hit list.

In the finale, the two story lines come together as Russell tries to extricate himself from the choice he made and Kajol closes in on finding Rumi.

Russell arrived at work nearly an hour late. He was not happy with his tardiness but pleased to find the office buzzing with activity. The end of the fiscal year could perform miracles. The three older veterans on his staff, men who had been with him for decades, pored through manhandled ledgers and already their eyes drooped and their shoulders hunched. One thirtyish man in khakis and buttoned-down shirt, an MBA hired by the chartered accountant, manipulated a spreadsheet on his computer screen. Russell had to concede that the CA had injected a new culture of efficiency. Though Russell had kept his title as Director of Accounts, it was a mere formality; the CA had been made VP for Financial Affairs. Russell had asked to stay on beyond retirement age, but it was no sure thing. He must prove his worth.
Shamsu and the other assistant struggled to keep up with their orders: take this to that desk, bring me that book from so-and-so downstairs. One new fellow had been hired to do data entry. Right now he was overloaded. After Shamsu had shown interest — and proved himself a whiz on the numeric keypad — he found half his time allotted behind a computer. It was still novel — a chair behind a monitor appeared higher in status — so he resisted his other duties. Who would rather be a mere peon?
Russell waved, returned the salaams of the others as he padded into his office. He would soon join the bustle. He enjoyed this time of the year: there were small puzzles to solve, and every year there would be at least one large one requiring his finesse.

When he turned around, a cup of tea lay on his desk. His mouth dry, he licked his lips. Shamsu was at the doorway, his boyish face looking expectant. His small eyes shifted between Russell and the wrapping paper on the desk. There was an amused curl to his mouth, as if he was wondering, now what was this foolish man up to?
Russell sat back down and took a long sip of his tea.
“What?” He knew the boy, snubbed once, wouldn’t open his mouth until spoken to.
“Samad Shaheb wanted you to look at that memo I placed on your desk this morning.” Shamsu pointed to a sheet of paper.
“Why can’t he just call me? We pay for a perfectly good PBX phone system. What’s with these memo-shemos? Why are we losing the habits of face to face?”
“He said it’s urgent, sir.”
With a sigh, Russell reached for the memo. The memo concerned their Ashulia factory’s accounts. Mr. CA asked Russell to look into an item recorded as ‘security consultancy services’. The amount had doubled each of the last two months. Russell was responsible for scrutinizing anything that fell under consultancy expenses. This was where all sorts of petty pilfering took place — but also the extraordinary costs of doing business. There were always payments to be made, to keep politicians, police, disgruntled elements at bay. And ‘helpful’ individuals popped up all the time offering to grease channels.
Looking at the figures, Russell’s eyes widened. How had he missed this? He was expected to keep a certain pressure on the factories and sales outlets so that the extortion did not get out of hand. He picked up the phone and dialed the factory manager’s mobile phone.
“Rahimullah Shaheb, what is this mysterious ‘security consultancy’ that’s exploding — logarithmically?”
“Bhai, it fills me with shame. I know I should have cleared it with the head office. Samad Shaheb already scolded me. But I figured it would be a one-time affair, alas it’s becoming routine.”
“Yes, but what is it about?”
“Arrey, don’t remind me. What a headache. We had no choice. A new committee of freedom fighters has set up an office nearby. We managed to bring the last gang under control, but they’ve been pushed away by these guys.”
“Have you negotiated? Offered the leaders a job or two?”
“Bhai, those old methods don’t work anymore. Why should they work when they can make more money by sitting on their asses?”
“I understand, but have you tried?”
“Bhai, you sit in Motijheel in a skyscraper — you cannot imagine the pressures we are under. Why don’t you pay the boys a visit? You were a freedom fighter, maybe they will listen to you. You usually have some tricks. Remember that time when….”
The man would go on and on if Russell didn’t cut him off. He said, “That was a long time ago. The war’s already thirty years past. Perhaps this has to do with the elections coming up.”
“Yes, the elections. My blood pressure will get much worse. Every candidate will ask for something for their leader’s birthday, their dear ones’ death anniversaries, to celebrate the marital bliss of their close or distant relatives. Bhai, please try. They will listen. You have a way.”
Shaala. Everyone’s in a buttering-up mood these days.
“Let me see if I can squeeze some time. Perhaps this morning.”
“Excellent. Talk to the boys, then join me for lunch. I’ll be back in the factory by then.”
Russell knew he would go. This was what made blood zip through his veins. Sitting in the office, his mind would wander from boredom. But he knew one was the admission fee for the other. He could not imagine Mr. CA getting his hands dirty. He walked over to Shamsu at his computer desk, explained the errand, and told him to get ready within five minutes. Shamsu knit his eyebrows before his face surrendered. Russell knew the boy also enjoyed joining him, but right now this meant he would have to work overtime to keep up with his new duties. There was no choice — Russell needed backup.

They climbed into a company car, Shamsu taking the passenger seat in front. The driver made good time through Khilgaon and Rampura, but the traffic fouled when they reached Badda.
The next thing he knew, the landscape had opened up. They had reached the outskirts of Ashulia. Asking the driver to cut the a/c, he lowered the window and breathed in deeply. Outside was a world of green rice fields, a wide lake, river channels, open skies. Beyond that, like monsters lining the horizon, smokestacks of brick kilns, transforming the fertile soil of rural Bangladesh into the hard red bricks of urban growth. In a few years this too would all be swallowed up. Before long, the landscape returned to concrete, to signboards, commerce and industry, to thickened traffic. Russell rolled up the window.
Ashulia. A name unknown to Dhakaites only two decades ago. To people in the ardor of love and affection — sweetheart to sweetheart, parent to child, friends still enjoying the closeness of youth — it still signified a lovely vista within an hour or two. A chance to stroll, breathe with deep lungs, laugh and flirt. A few miles farther, amusement parks offered screaming fun. To men of business, it had become a place to park factories and warehouses. To journalists and police, a place to rush to when a plant burned, a building collapsed, or where workers filled the streets with angry shouts, scenes often spilling over into brickbats and tear gas and gunfire. Ashulia signaled opportunity. Sleepy villages of yesterday were now overtaken by men of commerce, city youth seeking escape, and thousands of young women and men chasing the promise of work. Ashulia fed dreams.
They were on their way to meet some other dreamers.
The car passed an Italian restaurant. Shamsu said he was puzzled that the man who started the business had returned after working in Italy for many years. Why had he come back? If Shamsu could leave, he wouldn’t look back. The driver replied that the man now owned two restaurants and he had others working for him. Over in Italy he must have worked like a slave. In the next breath, the driver said he wouldn’t mind a chance to migrate. A cousin had offered to help, but how could he possibly raise the 400,000 takas he would need? He had only one skill, so he needed a country where he could work as a driver. Kuwait had once been possible, but so many had to come back from there after the war. Why didn’t Shamsu apply for the DV lottery for the USA? He had completed his Higher Secondary. That might not be worth much in the local job market, but it was the admission ticket for the Diversity Visa.
Russell listened to the two of them talk. He wondered if either would make it out.
The car slowed down as they approached crowded industrial neighborhoods. They took a left on the side road between Ashulia and Savar. Surma had been lucky to locate their factory here. If one approach from Dhaka was blocked by rioting, they had another alternative via Mirpur. The driver parked the car in the factory compound and Russell sent Shamsu inside to get directions.

Mahmud Rahman is a writer and translator living in the San Francisco Bay Area. He completed an MFA in Creative Writing from Mills College in 2004. His first book, Killing the Water: Stories, was published in 2010 by Penguin Books India. His second book, a translation of Bangladeshi writer Mahmudul Haqueâ's novel Black Ice, was published in 2012 by Harper Collins India. His fiction, nonfiction, and translations have been published in such magazines and anthologies as Oakland Noir, Chicago Quarterly Review, Weber: The Contemporary West, Embark Literary Journal, Brooklyn Magazine, Words Without Borders, World Literature Today, Wasafiri, Scroll India, and The Dhaka Tribune.