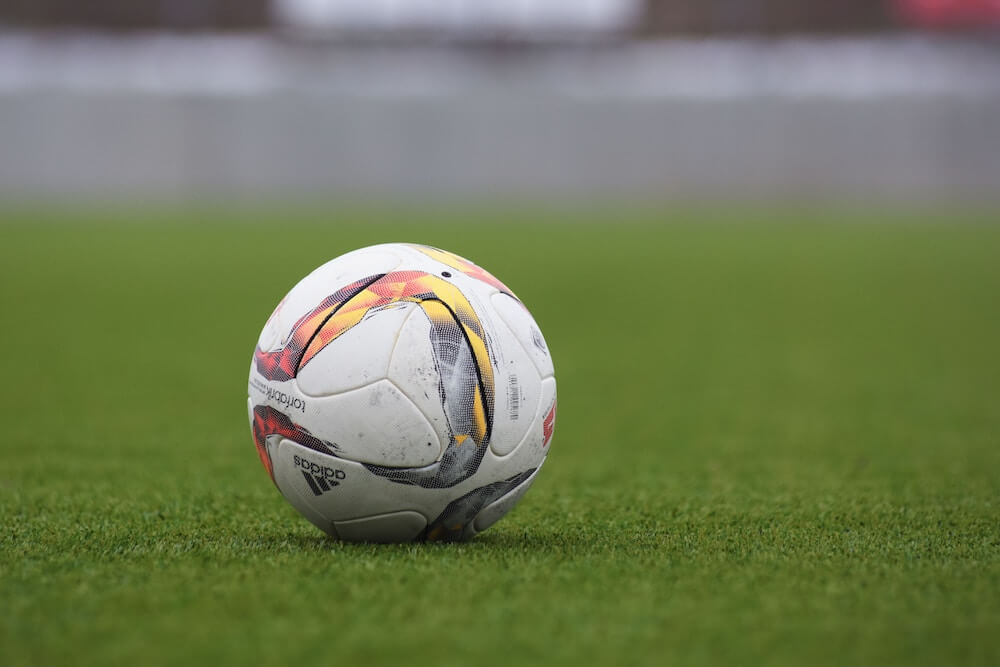 Chapter excerpt from the novel With All Our Faults: Part 2, Chapter 1.

With All Our Faults is the story narrated by a quirky, nameless “salesman” who finds his ordinary Santa Cruz, CA life shaken up by the arrival of a strange man who, for the duration of World Cup 2014, returns every day to smoke a cigarillo outside his boot store.
After a few days of the stranger returning and a few brief interactions, the narrator develops a fixation over the strange man. As the salesman’s paranoia increases, the narrator’s relationships and work life are under focus. Simultaneously, the San Andrea’s fault line has been more active, adding to the precarity of the developing existential threat.
Determined to find immediate solutions to these threats, the narrator learns more about the strange man. Through a few empathetic gestures and a common interest in Argentina and the soccer player Lionel Messi, the narrator’s relationship with the stranger becomes more complicated.
Soon, these new revelations pit the neighborhood against the strange man and narrator. As the World Cup progresses to the final stages of the tournament, the lines between danger and protection have blurred, revealing the true character of each individual involved and true nature of a society under threat.

On one of the side monitors I watched a streaming of Argentina vs. Nigeria, while lamenting the greasy tinfoil wrap of a once burrito that now sat in my palms like a lifeless childhood pet. I pondered the tin-foil wrap—all its cambial formations: its wrinkles, valleys, canyons, and ridges. All the space that has been lost, compressed into wrinkles, it frustrated me. I tried to flatten out the surface into flat sheet again, but to no avail. Each little wrinkle: a scar that forever reduces the span of the plane original surface area. On that rare occasion when you want to rewrap your burrito for later, the tin foil that once contained your full burrito cannot even contain a burrito half without ripping and tearing. It made me think of innocence. It made me think of trust. Life: somewhat like a burrito, the more you indulge, the more you unwrap, it is nearly impossible to recover. That’s the foil of innocence, the foil of trust: it just doesn’t encompass all it used to. It shrivels into a ball to be thrown away. It retains some amount of area, but only a fraction of what it once was. It could be denser, heavier. Lighter and ripped. It could never vanish; it will be—for as long as you are alive, that is.
As I worked on the impossible task of flattening the tin foil, the audience and announcer from the game, broadcasted on my computer, crescendoed into a din of excitement and applause. My attention diverted back to the game where Messi was lined up about a yard from the penalty box. He stood there, his brow fixed, calculating some magical geometry of angles and degrees. A row of five opponents stands ten feet away from him, with their hands braced behind their backs. Others gather around the box as the keeper paces, anxious for the shot. The audience is teeming with excitement and whistles. Messi, then bursting forward, lays into the ball as it sails over the wall magnificently. It dips and swerves just perfectly that the keeper is completely unaware as it sinks into the net. The audience erupts into a cacophony of cheers as Messi runs towards the sideline to greet his people. The other Argentina team members circle around to embrace and congratulate the miracle man as bodies and objects move madly in the stands. Just as he scored I jumped up from my seat: my eyes dilated and heart racing.
At the very same moment that I was about to let the testosterone achieve its full potential, I froze; for Cabrera returned in my window-view wearing that Argentina jersey, those boards shorts, sunglasses, and large straw hat.
I closed my eyes, felt my back tighten, and a tidal swell of dark matter washed inside me like a flood that broke in through the window. All of this was to the excitement of the crowd in the computer. The announcer, yelling until his voice cracked, extolling to whatever private demon or deity he worshipped, proclaimed:
“Can you believe it! What a finish! This game is far from over! The absolute genius! After so much patience, after so much drive…finally able to break through! What a collective and individual effort we witnessed here today! Ladies and Gentlemen, take a good, hard look at your lives. For now on, you will conceive your life as that time before and the time succeeding this stupendous, magisterial goal we have been blessed to have seen today!”
I dropped the tin-foil globe, as it fell to the earth like an apple to Newton’s skull, and rolled exactly two inches before resting beside the trashcan. That is the last I knew of it. For, after Cabrera walked out of my window frame, I stared for long hours at those very windows, watching the summer sky blues fade to the remote fire of sunset, and to a darkened screen of night set to the backdrop of the phantom reflection of me, staring at and through me.

I’m a 2015 graduate of National University of Ireland’s MA Writing Program and 2012 graduate of University of California at Santa Cruz’s Literature and Creative Writing Program. I currently work as a writer and editor at a Private Investigation Firm and as a contributor to GoodTimes Magazine, Santa Clara Times, and Wall Street International. My short stories and poems have been published in The Galway Review, Tract-Trace, Skylight-47, Elderly, and various others.