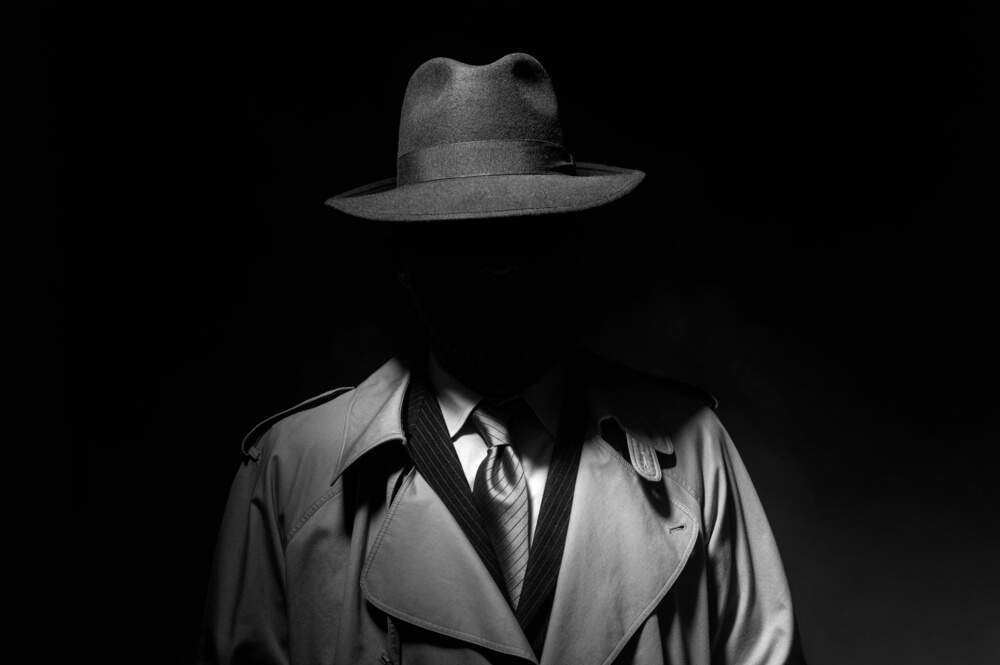 Strangers You Know is a 60,000 word noir style mystery novel.

After one of his cases ends badly, Detective Dan Stevenson returns to his hometown to lick his wounds—but it’s not the respite he’d hoped for. Dan arrives in the midst of a crime spree, and his former partner has been found murdered. It isn’t long before Dan’s prime suspect becomes clear: rookie cop Alexis Martins’ recent erratic behavior and her mysterious past have landed her right in Dan’s sights. On the run from her former colleagues, Alexis is determined to exact revenge against the man who wronged her.

As Dan learns more about her past and her hopes to bring down a deadly criminal, he is forced to make a choice between seeking to uphold the law and seeking justice.

Following committing murder, Alexis Martins bumped into Detective Daniel Stevenson. Dan Stevenson had suddenly and without anything resembling a plan found himself on an enforced vacation. Returning to his hometown seemed as good a place and time as any.
Alexis Martins was wearing a blonde wig and heavy makeup. A moment before, she had been fumbling for a cigarette, the reason for her atypical clumsiness. Although she did not smoke, Alexis had found cigarettes to be an excellent excuse for erratic behavior. Both Dan and Alexis seemed to feel the pull of something resembling recognition between them. Perhaps not beautiful, her hair and eyes nearly the same color, Dan turned back to look at her anyway. The unpleasant sneer that had a moment ago been twisting her features was gone, replaced by a vague smile and a shrug. A chilling smile, Dan could not help thinking, little more than a show of teeth. The smile and the look they exchanged suggested to Dan that if he was fortunate, they would not meet again. For a moment, though, they were suspended, appraising each other over their shoulders, a space of time lasting just long enough for both to realize it had gone on too long.
Then she turned and continued walking. The impatient tide of humanity looking everywhere but the space the woman currently occupied. The flash of a match and a burning cigarette lingered in his retina after Dan could no longer see her. Later he would wonder why he did not feel a stronger sense of foreboding.

In the morning, Dan was awakened by a call from his former boss. As he had only informed her of his arrival the day before, and had not gotten around to giving her his hotel number, he expected something serious as soon as he heard her voice. He smiled in spite of himself.
On reflection, sleeping with your boss is not a good career move. Based on her tone and the early hour, Dan put his detective abilities to the test and concluded that this was not a social call.
“Are you aware that your former partner has been murdered?” Lee asked with no introduction.
“When?”
“A few hours ago.”
Dan wondered if he had somehow become a suspect.
“Who?” he asked with trepidation.
“Marcos,” she answered.
Dan felt relieved, then guilty. Perhaps he was a suspect. He and Marcos had never gotten along.
“Oh. No, I was not…aware.”
“Can you come to my place later and I’ll fill you in?” she was saying, while he continued to try to make his tired brain function properly. “Please,” she added after a long pause.
Dan toyed with the idea of refusal, but as per their long-established pattern, he quickly agreed. He thought for a moment about trying to go back to sleep, but knew sleep was a lost cause. He stood and stretched after Lee hung up and went into the bathroom. His tired face looked back at him from the stained mirror. He could not help feeling he had only just gotten to sleep when Lee called. A scar twisted one side of his mouth into a permanent grin, the product of a vicious bar fight. He ran a finger along the scar marring his otherwise even features. Physical evidence of his current mental perspective.
So…his former partner, James Marcos, was dead, murdered, Lee had said. He was not terribly surprised. Dan tried to determine if he felt anything about the information he had just received. If he was honest, he would admit he did not.

Dan walked to Lee’s apartment in downtown in the late afternoon, the sun already beginning its descent in the wintry sky. As he walked he thought about her. She had blonde hair and freckles wherever the sun touched her skin, a profusion of freckles on her hands and face and far fewer elsewhere. The first time he had seen her, she had been backlit by a window, and he had not been able to fully make out her features. Friend, enemy, ally, lover; all of those words could describe what they were to one another. And none of them.
Stress seemed to have impressed a few more lines around her eyes, but she was, he was almost reluctant to admit to himself, as beautiful as ever. The apartment, though, was exactly how he remembered it, so elegantly nondescript that it faded from memory mere moments after entering or leaving it.
“So how,” Dan began after an intense and largely silent dinner, “did the son of a bitch die?” feeling the grim determination to make this the kind of dinner party in which the murder of a colleague was discussed over dessert.
“Throat slashed,” Lee answered somewhat shakily. “Bled dry.”
“Who…who would have done that?” That had not been the answer he was expecting. While the man had had any number of things coming to him, such a death was worse than Dan had expected.
“His former partner—not you, his most recent former partner—is suspected.” Lee pursed her narrow lips. “More than suspected. But I’ll get to that part.” She handed him a printout she retrieved from the depths of her purse.
Dan smoothed the piece of paper. “Alexis E. Martins,” he read out loud.
“Twenty-one years old.” He looked back at Lee. “Twenty-one? Just a kid. And you are saying she murdered someone?”
He read the rest of the paper while waiting for a reply. Five-foot-ten, 150 pounds. He looked at the grainy photograph of a young woman with very short dark hair, pale eyes the color of which he could not determine, and a nose that had been broken at least once, maybe twice. Lee was still talking when the recognition hit him.
“Assuming there was a reason…” Lee was saying.
“I saw her, last night,” Dan announced.
Lee looked as though she was trying to determine how that development fit into her plans. After a moment, she apparently decided what he had just said to her did not. “Okay,” she said. “I was not expecting that.”
Dan picked up the piece of paper, holding it for Lee to see. “Are you really saying this little girl murdered James Marcos? That’s insane. All right, if he was shot, maybe, but you said…” Come to think of it, though, being a woman and Marcos’s partner seemed perfectly calculated to cause insanity.
“It’s a bit difficult to defend yourself when you’ve got several broken bones,” Lee interjected, reading off an impressive list.
Dan took a moment to digest this information. “Are you saying that she did this to him?” he asked incredulously, setting the piece of paper he had been holding back onto the dining table.
“I really can’t say,” Lee said. “Though I also doubt the beating was her work.”
Dan caught himself running his hand through his hair. “Where did Marcos die?”
“His home.”
“Why wasn’t he at a hospital?”
“He was stubborn. He discharged himself,” Lee said, looking away with emotion evident in her lowered voice.
“Why, though? Even stubborn men need reasons to drag themselves out of hospitals.”
“I cannot answer that,” she told him.
“Well,” Dan admitted, still feeling unconvinced, “I did see her near where he lived, but…”
“There’s more. Last night she apparently murdered two other police officers, as well as an unidentified man. Then early this morning she apparently murdered your and her former partner.”
“Busy night,” Dan said with more sarcasm than he felt.
Lee looked annoyed at the interruption. “Now she’s presumably on the run, and apparently is doing a good job at it. Very surprising, given she’s just a rookie. Murder and going on the run is not something they teach at Basic Training. Or if it is, it wasn’t when I was trained…” Lee looked thoughtful. “A lot of people, as you can imagine, just want to execute Alexis Martins and be done with it.”
“You think there’s more going on,” Dan stated unnecessarily.
“I find this…train wreck as surprising as anyone would. But the point is I don’t have time to look into this myself.”
“Ah, yes,” Dan said. “Going to become chief of police and drive us all into an early grave from sheer exhaustion.”
“That’s the plan.”
“So what do you want me to do?”
Lee looked at him piercingly. “Talk to some people. See if you can figure out where Martins is hiding. You’re good at that kind of thing. Keep me informed… What’s that sardonic smile of yours about?”
“Nothing. Just thinking that we’ll be up against some heavy hitters in the pursuit of truth, justice, et cetera. All right. I’ll take some time out of my relaxing vacation and search for a serial killer.” Dan smiled in spite of himself. Well, Marcos had been his partner. Like or dislike, he owed the man something. “One more question. Am I going back to my hotel?” he asked, feeling reckless.
“That would hardly be like old times,” Lee answered.

Vanessa Christie is a San Diego based writer and artist. She has two short stories forthcoming in UCSD Short Tales from the Mothership, and writing in Brilliant Flash Fiction, Indianola Review, and They. The book for which she wrote a chapter “The Wolf And The Windlestraw” was included in the 2016 Local Authors Exhibit at the San Diego Library. She has shown artwork at venues including City Gallery, San Diego Art Institute, Thumbprint Gallery and others. In 2016 she was Rising Arts Leaders Emerging Artist in San Diego. In 2017 she participated in “Share Your Story” through the San Diego Library and Storycenter producing a short film using her drawings.