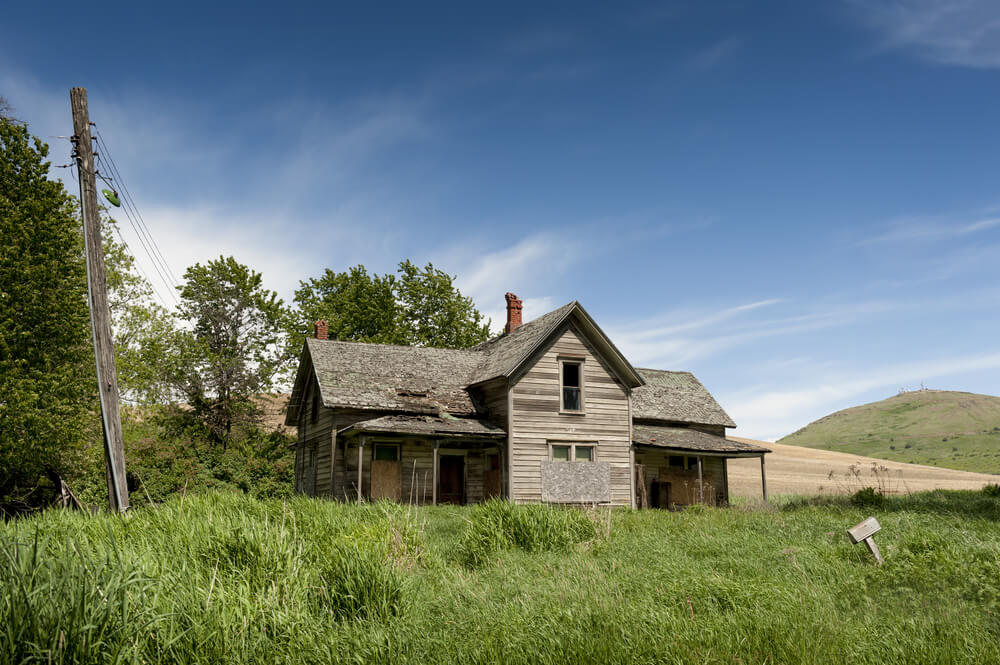 I.
The first time a man touched me
I felt it in my spine.
An Egyptian slave
building a Great Pyramid
I will never be buried in.

The first time a woman touched me
I felt it on the tip of my tongue.
Learned a language
I could only speak in the dark.

II.
Only when sand consents
to being made sandpaper
will women walk the earth
blindfolded.
Every sinkhole an orifice
she and I dive into
rising with skin sculpted in stardust.

Until then
we shake the dust
from every aged apron
draped on a worn vanity.
Ashes in our pockets
linger like a shadow.

III.
Two women get lost somewhere
in the cracks of a sidewalk
between the spaces men fill
with the dirty soles of their shoes.
I hear her cry cement tears.

And we have invented
a glass bottle that never empties
shrunk ourselves to fit inside
floating from one man-made river to the next
addressed: “return home: to her”

An old farmhouse sleeps on a plot of the Walton family’s land,
floating on its floorboard to escape ghosts that live in the ground.
Outside walls, drenched in every shade of brown and gray,
have not been retouched since the late 1700’s,
I am uneasy.

But she isn’t.
She carefully unlocks the door,
removing a single piece of wood from latch.
She tells me that most of her family lived and died here,
but now it is only a country vacation home.

Trying not to fall in cracks of porch steps,
I am waiting admission to my purgatory.

A few years ago, while rummaging in the attic,
her father found remnants of meat
dried out and rotten around bone.
Soon after, he removed furniture from the attic
because her great-great-great grandparents
and their farm dogs
were rearranging interior design well after midnight.

At dark, I find the bathroom in dimly lit hallway.
Light bulbs hang from the ceiling by rusted string
swaying as if they know I am only a visitor.
Lingering shadows choke the walls and the space between them
dancing to the sound of coyotes calling outside.

Although I don’t know their moon song,
I am not afraid to be among them.

We ride the four-wheeler through unpaved paths
ducking down to avoid spider webs and broken branches.
A Labrador, black and barking
chases us all the way down to the road
to the church her parents married.
Her mother dressed in the same white
as a buck’s antlers
only after mounted on the wall.

To this day, she is polished, but fading away.

Across the church, a graveyard
where she said that last summer
she saw a glass vase
on the tombstone of someone named “Greta Williams”
explode and rain its remnants on the dead.
I didn’t ask any more about it.

I am a stranger in a land of her history,
searching to stake my flag in the ground.

The backyard barn still has milk jugs and Mason jars
scattered in straw.
We found a thin, rusted horseshoe
behind a stall door, next to fossilized feces.
We fight over how old it is
knowing that we will never know
which patch of grass was the horse’s favorite
or how hard his back knees hit the floor
when he inhaled the last breath of Alabama air
he will ever taste.

A Semester at Chicago Arts College

I.
I am sirens on Chicago streets
everyone moves over for.
I am L train, blue line,
no one can tell when I’m coming.
I am drunk dancing in my sister’s jazz shoes on Clarke
wishing for praise.

I am Taurus
who so badly wants to be Gemini.
I am shitty wallpaper
rotting at Dearborn Street Diner
peeling in front of the brunch crowd,
showing my center.
I am giving directions to homeless men,
an eighteen-year-old compass.

Some days,
I am the smallest woman in the world
living in a skyscraper
twenty-three stories high.
This is not Florida anymore.

II.
I am Mona Lisa
smoking a joint in the dorm parking lot
between empty spaces in faded white lines
where neighbors complain about the smell of confused teenagers
watching a full moon light up south side of Chicago,
spotlight on dirty pigeons gathering
like a disorganized alcoholics anonymous group.

where I saw my first drug deal
where I am out of place
because the joint is fake and I don’t do drugs
where my roommate and I sat in a parking space before class
talking about how from our apartment living room
you can see highway,
but you can’t see back roads that lead to Indiana.
That bothers us
because back roads are the quickest route out of Illinois.
We can’t even see the way home from our living room.

III.
I have a long time been
in an era of fruit loops with extra sugar in the mornings
and false advertising
waiting for a steamboat to arrive down Calumet River
watching dragonflies mate in a garden of dead chrysanthemums
inside the city, to pass time
wondering why no one
has finished the Bud Light in the fridge.

Now, it’s late afternoon.
I invented a glass bottle that never empties
like my need to camouflage
in a place where I’m supposed to be creating.

I shrunk myself to fit inside
spaces in the glass bottle I made with my nostalgia
floating from one man-made river to the next
addressed: “return to home: to Florida”

Shelby Curran recently graduated from Florida State University with a degree in English: Editing, Writing and Media. She currently works as an Editorial Assistant at Scholastic. Her work has appeared in publications such as The Miami Herald, Panoplyzine and Jumbelbook, and is forthcoming in Grey Wolfe Publishing, Snapdragon Journal and Weasel Press.