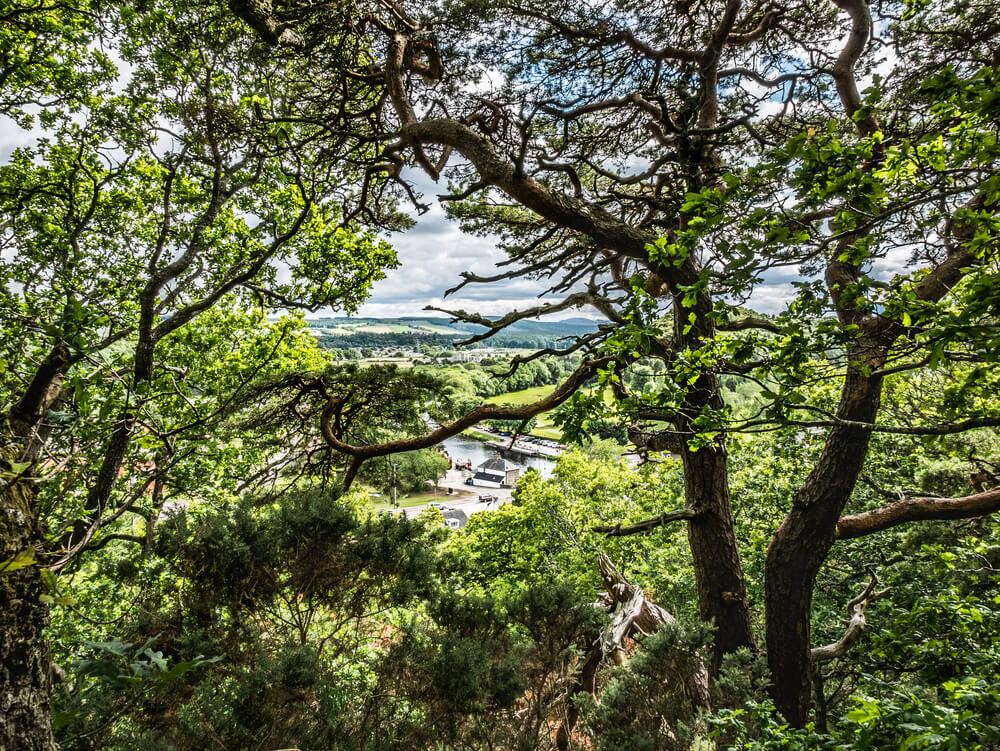 The City of the Sleepers

Sharp September sunlight, a day clear as meltwater.
Under a slither of fresh autumn leaves lies
the city of the sleepers, still, hushed.
A sudden noise, like a dentist drilling, bursts.
It’s grass-cutting day.

Their wives are recorded briefly,
mere footnotes in death as in life.
Yet it was they who nurtured new young life
while the men supervised ballasting
or pursued rebel Pathans.

All now lie under the same crisp, wind-troubled leaves.

Plaza of the Dead

Leaf-strewn paths of beaten mould climb to the summit.
Squirrels chatter off into the trees,
chaffinches scold me: living voices among the silenced.
As the gradient eases I meet a stonemason.
He chips, drills, carves memory into granite.

The highest point is a plaza of the dead.
A George Square of ghosts and memories.
Far below, squeezed between hill and firth,
gleams the waking city, its unholy hurry unfelt here
where sleepers are raised up, offered directly to God.

The gravestone of Anne Mackenzie: ‘A devoted wife’.
She died aged 62. The rest of the stone is blank.
Anne has waited devotedly for 120 years.
Where lies her husband? Was he ‘devoted’?
Were there children?

Perhaps all were swallowed up and lost
in some far corner of empire.
Or was there a family quarrel, a sudden convulsion
of hate, a cold turning away, a pettiness
that left Anne to lie, forever, alone?

David McVey lectures at New College Lanarkshire in Scotland. He has published over 120 short stories and a great deal of non-fiction that focuses on history and the outdoors. He enjoys hillwalking, visiting historic sites, reading, watching TV, and supporting his home-town football (ie, soccer) team, Kirkintilloch Rob Roy FC.