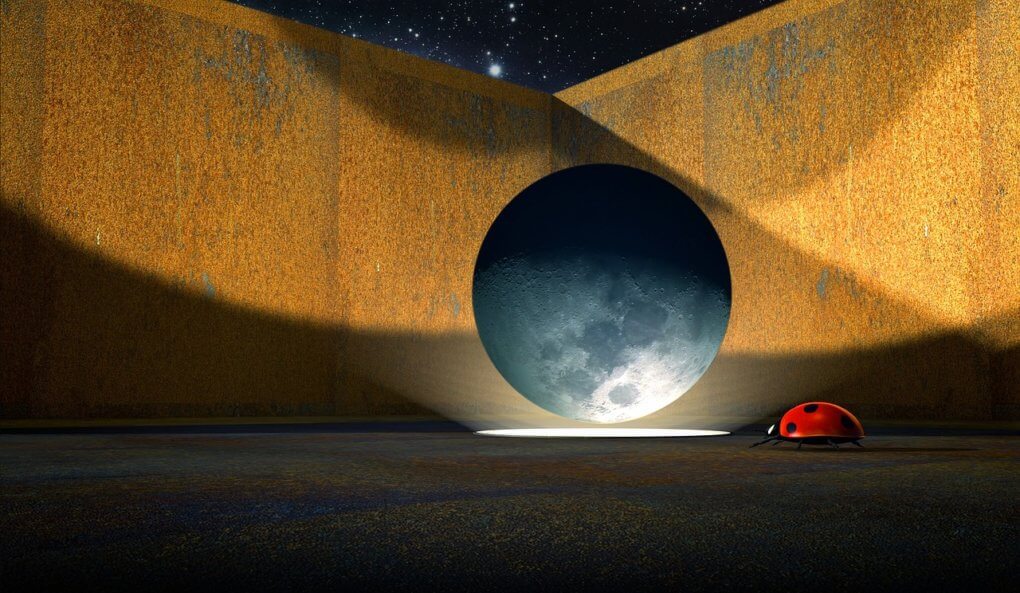 Waverly Nelson leaned back against the hard, black leg of the only man she had lain with in over eighteen years, and studied his head, lying forty feet away in the sand. She ran a hand over her own shaved head, feeling the soft, carpet-like bristles, and smiled. Here, in the pre-dawn shadows beside the glassy Potomac River, the man’s cavernous mouth gaped open in a perpetual, frozen scream, and his wide, unseeing eyes stared upward, as though beseeching the heavens for mercy.
Only, Heaven wasn’t listening.
The colossal, bearded sculpture, called The Awakening, lay on its back, as though caught midway between purgatory and hell. One massive, gunmetal arm stretched upward toward freedom, its gnarled fist frozen seventeen feet in the air, while its protruding left hand and right foot (each over ten feet tall) were trapped, respectively, at wrist and ankle. His bent knee, behind her, was the only other body part above ground.
“Just as it should be,” she smiled.
The Awakening had been here at National Harbor for over four decades. It was one of only a few D.C.-area landmarks to have withstood the years of neglect following the 2020 Plague, also known as World War III. When Waverly had first visited the infamous “D.C. ghost town” as a child, some historic structures still remained, but vines clung to most memorials. The taller office buildings had missing windows that reminded her of eyes. They lined the pitted streets like clown balloons in a quiet, surreal parade. Nothing frightened her, however, except the disembodied man across the river, lying half-buried in the sand.
That day, while her stepfather had snapped pictures (“Just one more shot, Sweetheart!”), she had been convinced the giant would spring to life at any moment and squash her tiny body. From inside his massive, open palm, she bravely bared her teeth, but all the while, she sensed his cold, metallic fingers overhead, closing in. Later, when she and her stepfather explored the face together, rapping their knuckles against each sunken, hollow eye, she had shivered.
“See how strong he is?” her stepfather had boasted. “He survived the Plague, just like us, and he’s still struggling, too! He represents man’s unyielding determination… his spirit! He reminds us to never give up hope.” He saw her skeptical expression and added, “Trust me, little Wave, you have nothing to fear from him.”
Waverly had eyed the statue with continued misgiving. Even at that young age, she had known her stepfather was lying. To her, the man in the ground wasn’t rising toward Heaven; he was falling from it. And, in his desperate, flailing attempt to save himself, she knew he was likely to grab onto anything, and anyone, to keep from sinking farther.
Now, thirty years later, as she mindlessly fingered a ladybug-shaped pendant around her neck, she nodded to herself as though in silent tribute.
“Looks like I was right, Pops,” she said to herself, aloud.
After all, he was still lying here, frozen and helpless in the sand, and in three days, if all went according to plan, every man between the Mississippi and Colorado Rivers would be in virtually the same position—starting with Marshall Danforth!
She could hardly wait.

Waverly Nelson and Senator Danforth went way back—back to the days he was a thin, eager young pastor at First Calvary Baptist Church in Boston, and she was a pregnant teen. The moment they had first wheeled her into Delivery, she had heard his bellowing.
“Remove that whore from my wife’s room at once!” he had said.
Even in the midst of her own contractions, Waverly had known the man meant her.
Danforth’s wife, Marisa, was also in labor. Luckily, since the hospital was severely understaffed, the intake nurse had ignored Danforth’s demands and had placed Waverly and Marisa side-by-side. Their deliveries were nearly simultaneous, and Waverly could have even sworn that in the final birthing moments, the two of them had actually held hands.
Later, when Waverly had awakened in Recovery, a disdainful Danforth had been looming over her bed. He was still wearing his pinstriped suit from before, but it was wrinkled, and his cheeks were blotchy pink.
“Young lady!” he announced without preamble. “You have been living in a cesspool, both physically and spiritually!”
Sheets rustled as other patients stirred to watch. Waverly’s face burned and she heard her heart monitor beep faster. In confusion and exhaustion, she squinted up at her accuser as he waved his arm at her.
“I saw you earlier, when your pimp dropped you off. Fat into labor, yet there you were, in fishnet stockings, a purple boa, and peacock-feather eyelashes! Ridiculous! You might as well have had WHORE stamped across your forehead!”
Waverly sank into her pillow and pulled the top sheet up to her chin. It smelled like bleach, but it didn’t make her feel clean. She closed her eyes and tasted blood. Only then did she realize she had bitten her lower lip.
“I know your kind,” he continued. “Punk rock hair of every color! Heroin-thin arms! You’re a sinner.”
Heat rushed to her cheeks. With nearly as great an effort as having just given birth, she opened her eyes and met his gaze at last.
“And I know your kind,” she said. “You’re one of those goddamn hypocrites!”
The Recovery Room women inhaled sharply and turned toward Danforth, as though watching a tennis match. His face turned even redder.
“Look here, you! How dare you call me names! I’m a law-abiding citizen! You, however, are unfit to raise an innocent child!” He paused and seemed to collect his composure before continuing. “It is, therefore, my duty to inform you that Child Protective Services are on their way.”
He spat when he spoke this last, and the shock of it, cold against her cheek, inflamed her.
“No!” she cried, bringing out both elbows from underneath the sheet to wipe away both her frustrated tears and his spittle. “You can’t do that!”
He flinched, as though she were about to attack him, but then relaxed. In her weakened condition, she could barely make a fist. He bent to her ear.
“I can do whatever I want,” he said softly. “I overheard you tell the Hospital Advocate you are homeless, with no family support. What kind of life is that for a child? You are practically a child, yourself. What are you, sixteen?” He didn’t wait for a response, but straightened, and glanced around before continuing more loudly.
“Anyway, my church offers financial and emotional support for people like you. They help pay medical expenses, and provide a generous check to make a fresh start. I will ensure you are accepted into the program, and I will personally help find your baby a good, Christian home. In return, you will sign these papers within the next twenty-four hours, relinquishing your parental rights.” He pulled out some papers from his left breast pocket and tossed them on the bed. His attached business card fluttered loose and landed on her chest.
“No… please,” she said, but even she could hear the defeat in her voice.
“If you fight this,” he said, “the State will charge you with Child Endangerment and Prostitution. You will lose, either way, so I suggest you take my offer.”
He lowered his voice again. “Listen, I am doing you a favor, here, kid. So take the money, and be grateful you’re not going to jail.”
He turned, then, and walked with purpose to the adjoining nursery where, moments later, he emerged, carrying a tightly wrapped pink bundle.
“My baby!” she cried as she watched them go.
She never even got to see the infant’s face.

Waverly stretched out her legs in the sand and flicked her pendant’s ladybug wings open. She double-tapped the tiny keypad inside, and a virtual computer screen blinked to life, midair. With Lite-Brite audacity, its sharp pixels glowed an eerie green against the harbor’s semi-darkness.
Her company, Cis-Star Technologies, had first patented the VEE—a long line of Virtual Energy Emission devices—thirteen years ago. VEE-6 had been the first to use patterned interference to produce holographic images. Back then, it was expensive and clunky. Newer models were substantially cheaper… in every way. Critics had complained about the VEE’s grainy holographic quality at first, but the free press had only helped spread the word. By the time VEE-7 came out, its Holo-lite™ technology was so lightweight they could produce it at half the cost. Sales skyrocketed. Before long, it was (quite literally) the latest public addiction. Today, practically everyone in New America (males and females alike) owned a VEE.
Waverly’s own personal pendant was still in the prototype stage. In addition to the upgraded holographics, its patent-pending Touch-Lite feature allowed users to move data around in midair as easily as touching a hard-slate screen. It was ideal for today’s special programming.
She plucked at the projected lights, interrupting the pixel sensors, and pulled up her encrypted file. There, in bright green text were the words she had been pondering for over a month:
START MESSAGE:
“FOLLOW ME. FOLLOW ME.
FREEDOM AND POWER TO THOSE WHO FOLLOW ME.”
END MESSAGE.
The next word, “RECIPIENT?” blinked the question it had been asking her for weeks. Double-checking her VEE-4 (the wrist model, still sold online), she spoke the name she had chosen.
“Paul Brown.”
As though mirroring Waverly’s excitement at having finally made her decision, the tiny pendant hummed and displayed the words: “PAUL BROWN.”
“EXECUTE?” the green letters asked her.
She couldn’t help but smile.
“Yes. Execute.”
The device whirled again. When it went quiet this time, she nodded and closed its ladybug wings. The VEE fell back hot, but not burning, against her skin.
“It’s over,” she thought.
That wasn’t exactly true, she knew. She still had one more missing puzzle piece to input, but she had until noon, and that was plenty of time. Until then, she would concentrate on the election. The polls hadn’t even opened yet, but already, her program was hard at work compelling both sides (and both candidates) to vote against Senator Danforth.
A knowing smile tugged at her lips.
“Poor Danforth,” she thought. “He has no idea I’ve been manipulating him all these years.” It almost made her feel sorry for him.
Almost.
She shifted, and the massive leg’s cold hardness, behind her, spread a delicious tingle down her outstretched legs. She closed her eyes to savor the feeling. Right now, she imagined, her old nemesis was probably tucked away in his penthouse office suite, soaking in today’s mental suggestions, blissfully unaware she had just sealed his fate. She wondered when she should tell him.
“Tonight, perhaps? Right after the election results? Or tomorrow, after Buford is sworn in?”
After so many years spent orchestrating his defeat, it was hard to know what would offer her the most satisfaction.

The Waves of Dissonance is my debut novel. I was previously published for a Writer's Digest flash fiction contest, years ago, but I've been honing this novel for years. I am a registered architect currently working for the federal government in the DC-area.