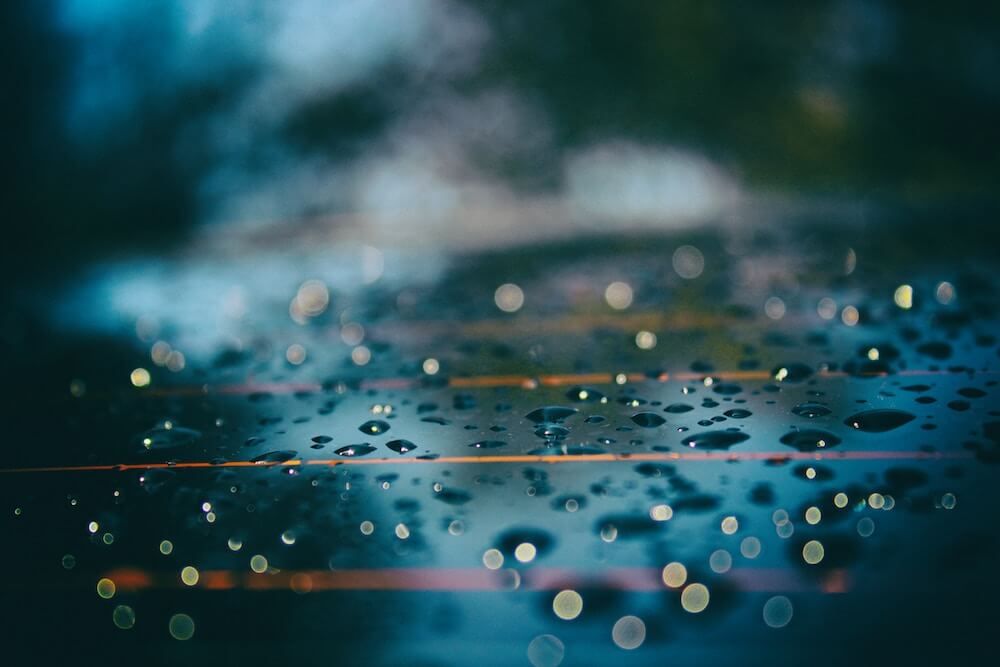 He took the last drag of the cigarette and flicked the stub into the puddle of water in front of him. The embers hissed as soon as the stub hit the water. The street was blanketed in a darkness credited to a damp September dusk when everything is melancholic in this city. It had rained in the evening. The man was wearing a cheap yet fashionable looking suit. He wasn’t sure now why he had gone to that effort since the day’s activities made him jittery and sweaty. His cotton shirt had clung to his back and he wasn’t liking the fact that the evening was now blending into a humid night.

A cyclist rushed past him jolting him from his reverie. Beads of perspiration gleamed on his forehead. He nervously checked his worn out brown leather attaché. Yes, it was still there. He promised his wife he would quit smoking but it calmed his nerves now. It was important more than ever.

With a sure stance he took to his right and started walking towards east. It was close to seven now. If he hurried he would make it to the shed before eight. The attaché felt heavier with each step he took.

He glanced sideways and saw few shops open. A pawn shop he daily crossed by while on his way to work; the florist on the opposite road was sprinkling water over the roses, marigolds and gladioli; the tea vendor he just crossed was squinting at the evening newspaper under his spectacles the thickness of the bottom of a glass. It made him annoyed the number of things he could observe at one time. The unnecessary burden which was supposed to be a gift.

He sped up down the street glancing at his watch. God, he was walking slow and there was a lot of distance to cover. It started drizzling now.

The sun had set now. The residual streaks of purple from the retreating dusk had vanished. The clouds were like an ominous billowing creature shrouding the sky. It was as if the clouds went wherever he was walking. The drizzle was comfortable but threatened to be nastier if he did not hurry. He walked faster. These autumn evenings in Calcutta were known for their unpredictability and he couldn’t risk getting drenched tonight. It was important that he was immaculate at the rendezvous.

He skipped a small puddle while he arrived at a crossroad. There were cyclists and rickshaw pullers going to and fro. He had to wait awhile before he could cross the road. Nobody would know him here even though he was brought up here. He couldn’t risk being seen for a long time in this area. He manoeuvred through the snaking cycles and entered the alley across the road. The drizzle had turned into a vicious one now. You could hear the light patter on the asbestos roofs of the nearby homes and shops. As he hurried he left the jingle of the rickshaws and scurrying footsteps on the road behind him.

He glanced at his watch. Quarter to seven.

He would be at home by dinnertime. Though he wasn’t sure he wanted to eat anything tonight. Not after what he saw today.

The dark alley led to a bifurcation ahead. He could see the slant rectangular light from the windows of the houses on the wall of the school ahead.

He was suddenly aware that almost all windows in the houses were closed shut. The drizzle gave way to rain now. Cold huge drops pelted on his cheap suit. The ground was already damp with the drizzle. Now as the rain came his shoes were already crunching on the wet gravel. Fifty more metres and he would take a left.

He clutched the handle of the attaché tightly. He was worried the wet handle would slip from his hand. Water had made its way through his socks and his shoes were heavy already. He turned left. He was getting deeper inside the neighbourhood and it was dark. There was a streetlight about a hundred metres ahead and the rain had created a halo around the yellow light.

Glanced at the watch.

Jesus, he couldn’t see anything in this dark.

The informer had given clear instructions as to what route you had to take. And you could never waiver from the instruction. It was literally etched in stone. Literally.

He had seen it. It arrived this morning. At precisely nine thirty the clerk from the second floor brought him a courier parcel. The moment he saw the orange wrapper his blood drained from his face.

They had found him.

Another task for him.

But hadn’t he told them he wasn’t just ready yet?

He quickly signed the receipt and the clerk placed the orange parcel on his table.

‘An expensive gift from a relative.’ Lying came easier to him than breathing.

Lying was an occupational hazard.

He waited for the man to leave. Not a soul was on the third floor right now. The sun was streaming through the large windows in excruciating angles at this hour. The orange paper lump lay on the table.

Like an innocuous ticking bomb. Wasn’t that a hell of an oxymoron? He relaxed as he smirked in his mind at the joke.

The paper never changed. The postal address did. Each time. Always a different post office. But the stationary never changed. The address was sometimes handwritten and otherwise printed. He took the boxcutter out of his bag and made a single cut on the package. Inside was the leather pouch with the drawstring with the perfect double nautical knots made with it. He glanced around him. Nobody was there. Just the sunlight, the odd thirteen desks stacked with newspapers, landlines, the single fan six feet above him rotating like a bored dragonfly. He gingerly fingered the drawstring and opened it. With his right hand he felt for the object he knew so well would be there. It was an oval stone. A normal gray riverside pebble that was common in cacti pots and hotel lobby palm pots. He turned the polished stone and there sat etched in clear characters. Now it wasn’t any riverside pebble anymore.

For a moment he was secretly hoping the characters were not there. But that never happens in his life.

He had reached the halo street lamp by now. The rain was steady now. He mopped his face with his left hand. A bat screeched somewhere above his head startling him for a moment. He did not stop. He could see tiny rivulets of water meandering in the gravel street from left to right. Rain makes everything standstill in this city. Even televisions. He suddenly realised he couldn’t hear anything except the lashing rain now.

He contemplated looking back for a second but then thought of the orange package which made him walk at a brisk pace. Will he be able to make it? The rain poured on his wristwatch and the phantom yellow light wasn’t doing any good. He couldn’t see the time now. Few more yards and he would be at the shed. He broke into a near run now.

His shoes were splashing now in the water. His hair slick with water and his glasses moist with vapors. He looked back nervously. Was that another splash? Not one of his own. He stopped and glanced back. But the rain was rising in vapors from the street.

His heart was thudding fast now. He could see the red shed door from a distance. He looked back again.

Rain lashing on his face.

He clutched the attaché against his chest and started running.

And then that noise again. Splash! He was sure somebody was behind him. He looked back.

Nothing. Feverish and sweating. His eyes swam. And he turned.

And something prickled down his neck. Cold and hot.

At once. And time slowed in that yellowish hallow rain-drenched spectacled view.

His legs buckled. No pain. He drifted on a couch of down feathers in that dark night. His eyes closed with a view of small rectangles. The yellow shape moves towards him.

He couldn’t feel anything but the feathery couch. It is always nice to sleep. His neck filled with warm blood. Eyes closing.

The shape moved its lips.

The hour hand in the wristwatch had just struck eight.

I am a structural biology graduate student living in Calcutta, India. My work involves long, tenacious hours in laboratories and reading scientific journals but in my waking hours I read books and I illustrate. Darwin and Aristotle are my heroes and Vincent van Gogh is the reason I don't sell my art (till now). My current obsessions are illustrating animals,plants and fungi using calligraphy, studying gastronomy and cooking every weekend and reading one book every two weeks, fiction and non fiction both.