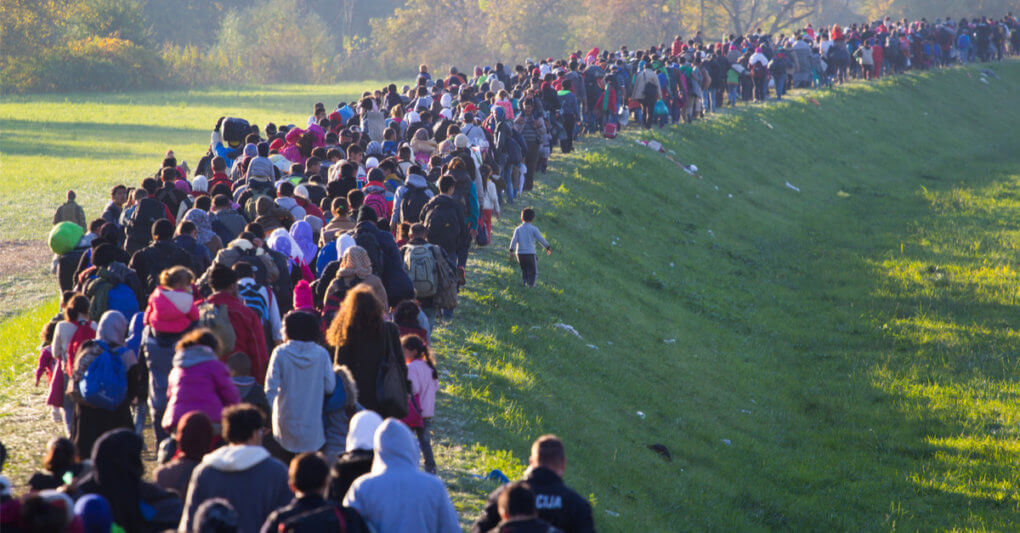 The world is beautiful, isn’t it?
Wrecked cities, destroyed lands
Burned forests, with ash filled air
Lands that are full of sand
Nature is dying, but they don’t care
The world is fair, isn’t it?
An innocent man thrown in jail
Greed turning a man against his brother
A murderer planning his next kill
People hating each other for their color
The world is nice, isn’t it?
Thousands of innocents killed for power
Rich guys in mansions, extravagant
Poor people, begging, dying of hunger
Kids on the streets, fighting, violent
The world is great, isn’t it?
A war begins without a good cause
An extremist bombing a public space
A ruler, killing, thinking he’s above the laws
If you want peace, this world isn’t the right place

I am a refugee

Mama said “We’re going to be free
Let’s grab our bags, and just leave
Don’t look behind, don’t feel weak
The world is waiting for us to be
Baby be strong, be brave for me”
We left everything behind
We didn’t even say goodbye
Mama smiled happily to me
But there was worry in her eyes
She said “In the new world,
there is so much to see”
“It’s an exciting adventure,
right in the middle of the sea”
The boat rocked unsteadily
It held too many people inside
My mom hugged me to her
She said “Hold on tight”
Wind blew us around, coldness seeped in
Darkness surrounded us, there was no light
From beside me I heard a scream
It was an anguished cry
I tried to look to my left
My mom closed my eyes
By the time we were ashore
There were fewer in the raft
But we were finally safe
We were finally out
We stepped onto the land
People helped us in
They gave us food and water
They wrapped us in blankets
But as we walked to the borders
There was a line in sight
Refugees is what they called us
And into a small camp let us reside
“You can’t go to work” they said
“You can’t live inside”
In the camp, you have to stay
And all the rules, you have to obey
Now it’s a few years later
And my mother is dead
Yet, I’m still at the borders
Is this ever going to end?
All we wanted was freedom
All we got is bad press
Nothing changed for others
They’re still living in bliss
Trying to bury our voices
Pretending we don’t exist
I am a refugee
I don’t have a place called home
All I have is a world that failed me
And left me all alone to roam

Voices in her head

She walks, with a skip in her stance
Smiling, happy that the sun is out
Then she hears it, the whispers, the laughs
She looks everywhere, but no one is around
She keeps walking, but without a jump
Someone whispers “Haha! she is dumb”
She looks to her left, but there was no one in sight
She walks faster, feeling afraid
Who is stalking her? Who is there?
“You are stupid” another voice whispers
“You should die” his friend says
“Someone help me” she said in despair
The voices laughed, saying “No one cares”
She started running, hands over her ears
But the voices became louder
“Die die die”, is all she hears
“Leave me alone!” She shouted out loud
Crouching on the corner, she cried harder
“Are you okay?” said a person softly
She opened her eyes, he was looking at her gently
But he must be the guy, screaming in her ears
“Go away!” she told him through the tears
He looked startled, but left her alone
Yet, the voices remained, taunting her on
“No no no!” she rocked back and fourth
Mumbling to herself, “I want to be alone”
She didn’t realize, the voices were in her head
She didn’t know, she needed help

My name is Rana Aldisi. I have a BS in biomedical sciences. Poetry is the only way I know to express myself. Everything I write is a part of me.